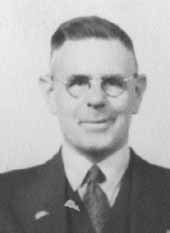 Victor Klee was Victor and Emelie’s second New Zealand child, born at Waitati on 12 February 1878. It is uncertain what he did in the immediate years prior to volunteering to serve in the Boer War, at 23 years old.

Victor decided to serve in the South African “Boer” War, along with his brothers George and Louis. In 1901, he enlisted as a Trooper in 26 Company with the 7th New Zealand Contingent.

Waitati School Historical Record
The end of the century saw the start of the Boer War and the district provided its little quota of ex-pupils who soldiered in South Africa. The Klee family made a record in this direction as three brothers, viz Louis Klee, Victor Klee, and George Klee all volunteered for the war and served overseas. On their return from the war, the Klee boys received a great welcome home in the Waitati Hall.
(Source: Waitati (Blueskin) School Souvenir History – 90th anniversary celebrations, Jubilee Committee, 1954, p. 26)

He then made his way to Whangamomona where he found employment as a storeman. For several years around 1919, there were a number of members of the Klee family also living in Whangamomona – Louis Klee employed as a barber and billiard saloon keeper, Alexander Klee employed as a clerk, with his first wife Eva “Nell” and son James “Jim” Klee, and then second wife Ellen.

Victor was married in 1912 to Kate Agnes. They had three daughters:

After Zoe was born, Victor and Kate moved to Eketahuna, where Wises Directory shows that Victor worked as a grocer.

Around 1922, Victor purchased a farm, at Whakapirau, near the Kaipara Harbour in Northland. For the young family, the country upbringing was a wonderful environment with happy memories. After a time, in a difficult economic environment with depressed prices for farm products, however, the farm did not pay, and they had to sell up and leave.

However, by 1925, Victor and Kate had relocated to Seatoun, Wellington first at 6a Munro Street, and then Ludlam Street, which was nearby to his brother George and wife Gertrude.

Victor started work as a salesman for the engineering firm John Chambers, and continued to be employed by them and relocated a number of times.

During the 1930’s Victor, now recording his occupation as commercial traveller, lived at 15 Aroha Street in Palmerston North.

In the 1940’s they relocated to Napier, where Victor’s brothers Louis and Emile were also living.

Victor died in Wellington in 1959.